With everything to suit all tastes and budgets, we've got your accommodation sorted.

Mother Nature was creative when she came up with the natural wonderland in the Golden Outback, for here she pieced together an extraordinary tapestry of beauty, and landscapes to admire.

Many towns support a rich diversity of events, exhibitions, celebrations, shows and festivals. If you’re planning an outback holiday there may be several events that you can enjoy along the way.

Australia's Golden Outback invites our regional stakeholders and local community to submit events for inclusion on our website.

Between July and October each year, Western Australia’s wildflowers transform the Golden Outback into both a kaleidoscope of colour and the world’s biggest wildflower show.

Bursting into life with the first signs of sun after winter, WA’s wildflowers carpet the state in bright and beautiful blooms, all the way from the red dirt of the Gascoyne-Murchison and the Goldfields to the white sand beaches of Esperance.

Home to over 12,000 different varieties - most of which aren’t found anywhere else in the world - Western Australian wildflowers have reached legendary status, and for good reason. In fact, this biodiversity hotspot is full of wonderfully rare flowers that attract people from all over, from the iconic Western Australian wreath flowers in the Wheatbelt to the Queen of Sheba orchid and the bizarre-looking Royal Hakea.

Where to see wildflowers in WA?

Depending on the weather and time of the season, you can find wildflowers across all the corners of Australia’s Golden Outback. Best known for its carpets of everlastings, the Wheatbelt has become synonymous with WA’s wildflower season, but you’ll find breathtaking displays throughout the region.

Some of our favourite spots to see wildflowers in WA include Mount Augustus, the Kennedy Range, Yalgoo and Woolen Station in the Gascoyne-Murchison, Perenjori, Wongan Hills, Hyden and Narrogin in the Wheatbelt, Lake Ballard and Leonora in the Goldfields, and Ravensthorpe, Fitzgerald River National Park and Cape Le Grand National Park in Esperance, Norseman & the Fitzgerald Coast.

For more on the best places to see wildflowers in WA, visit our Where to See Wildflowers page.

When’s the best time to see wildflowers in WA?

While you might be lucky enough to catch the first glimpse of wildflowers in the northern-most tips of the region from early July, wildflower season in WA usually starts around mid-late July and slowly moves south through the state, ending in late October/early November.

Subject to seasonal changes, rainfall and the weather, wildflower season can vary year by year, but this monthly overview is a good base to get you started.

You can also keep on top of what’s flowering using Western Australia’s Visitor Centre’s Wildflower Tracker, a crowd-reported wildflower report app that is continually updated throughout the season with updates on when and where to see the best blooms in the state.

For early predictions and up-to-date information on how the season’s shaping up, follow Australia’s Golden Outback on Facebook and Instagram. You can also check out our Wildflower Hotspots page, which is updated every wildflower season.

July
On a good year, you’ll start to see hints of colour and Australian desert flowers in the Gascoyne-Murchison and the northern Goldfields from late-July, though the wildflowers don’t usually reach their peak up here until August.

August
Getting into August, the wildflower wave starts slowly making its way south. This is prime time to see the wildflowers in the Gascoyne-Murchison, while the Goldfields and the northern Wheatbelt are beginning to bloom, with the carpets of everlastings starting to emerge. You might even get lucky and see the famous wreath flower, Western Australia’s beautiful yet elusive roadside wonder.

September
The middle of WA’s wildflower season is the best time to go road-tripping and exploring. By September, the wildflowers in the Wheatbelt are usually here, there and everywhere - and canola too. The Goldfields should also be in full flower (season dependent), while south of Perth, wildflower season is kicking off too, reaching Esperance and spreading east and west along the Fitzgerald Coast and the Nullabor.

October
September to October is the south’s time to shine. While the summer heat still feels a little way off, spring on the southern outback coast is paradise, with endless white-sand beaches, (slightly) fewer crowds, wildflowers galore - and even migrating whales! Esperance’s wildflower season coincides with the tail end of whale watching season too - in case you needed another reason to venture down there this spring.

November
Gently fading into that good night - or, in this case, the soon-to-be-summer days - wildflower season in WA usually peters out around late October, but on a good year, you might be able to catch the last glimpses of colour around Esperance and the Fitzgerald Coast until early November.

A wildflower road trip is the perfect way to experience the seasonal spectacle, with most of WA’s wildflower hotspots accessible by 2WD - however, you might want to check with the local Visitor Centre beforehand, just in case.

To see the best of the best you’ll want to stay at least one night too - wildflower country is also dark sky country, and wildflower season is also the Milkyway season, so you can see the most amazing flowers by day and stellar stars by night.

The best way to experience both is by camping, with some amazing sites along popular routes, but if you really don’t feel like roughing it, towns and stations along the way have tourist accommodation too - just be sure to book ahead as it can get very popular.

For more inspiration and insights, check out our Outback Wildflower Trails guide. Ranging from short overnights to 10-day explorations, these are designed to hit all the best seasonal spots across the Golden Outback. However, these do change year on year, so you might also want to give the local visitor centres a call beforehand to check what’s blooming.

Where to see wildflowers in 2022 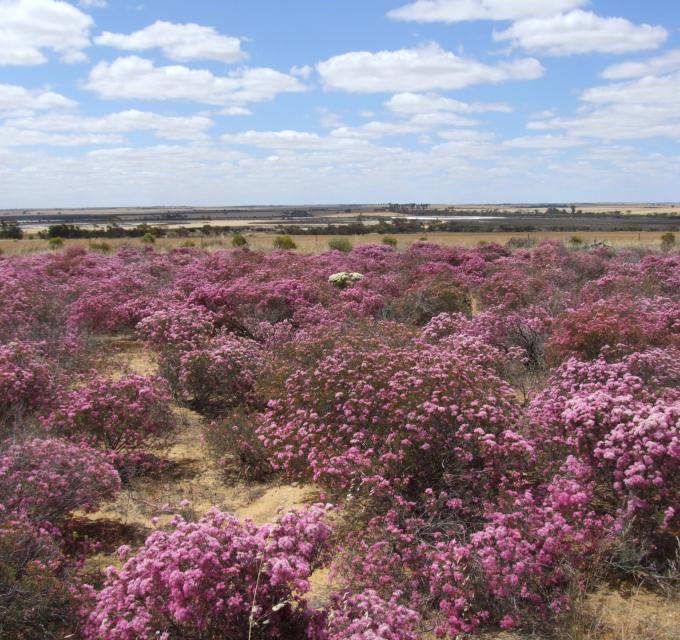 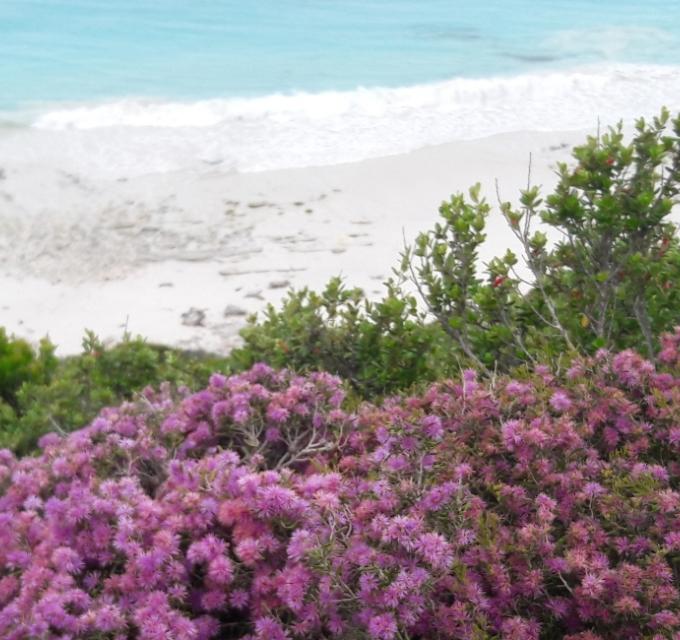 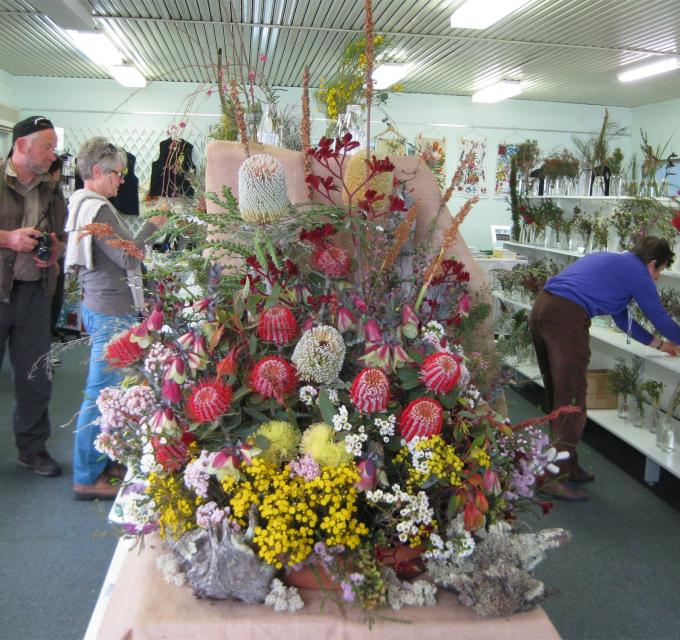 While most of the best places to see wildflowers in WA are only accessible by car, if you don’t feel like going solo, you can also join a wildflower tour, with plenty of options available from day trips to week-long adventures. 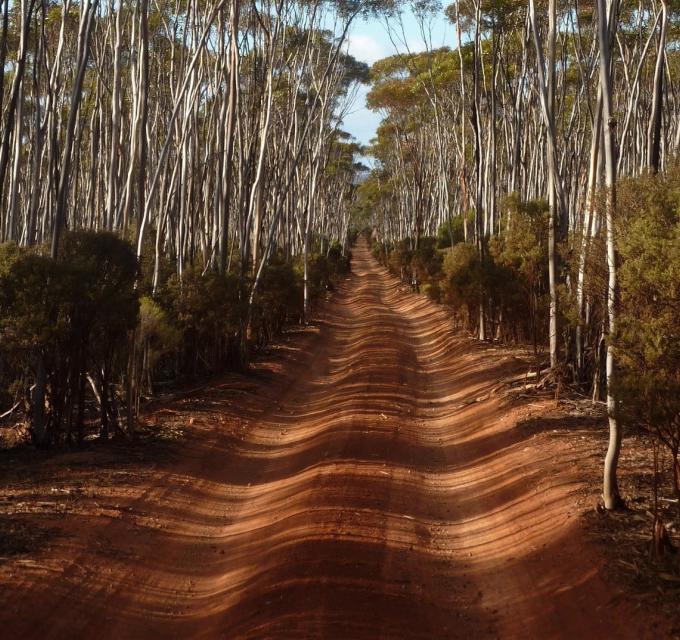 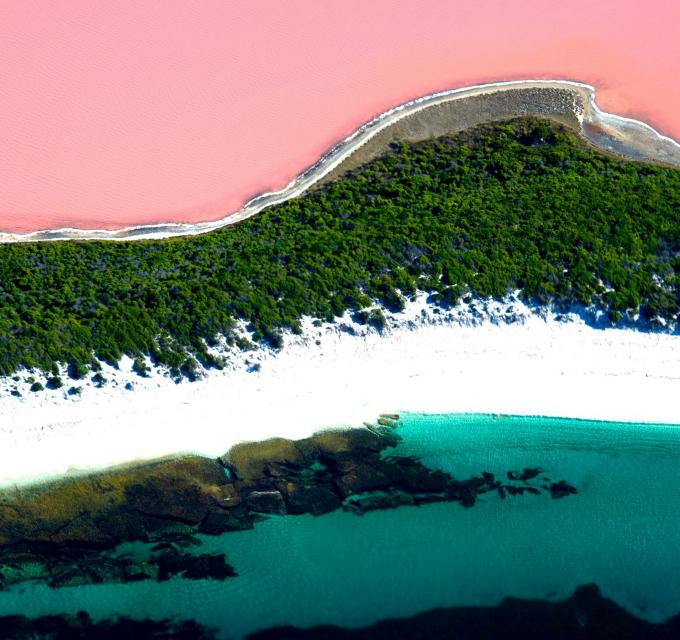 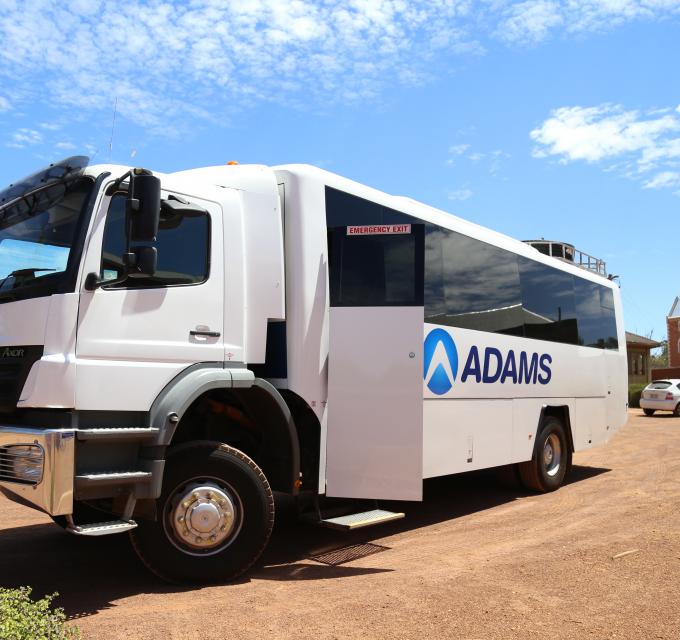 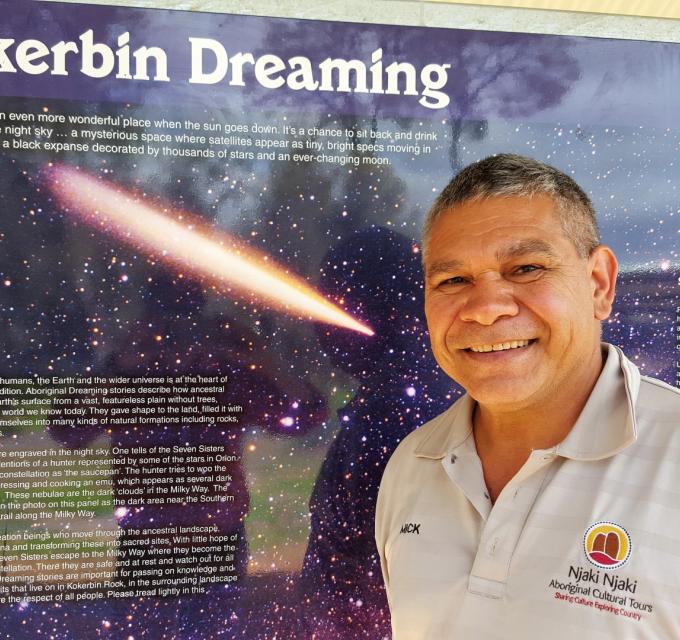 Australia’s Golden Outback wildflower trails lead you through some of the State’s most breathtaking displays of Western Australian wildflowers.

Where to see wildflowers in Australia's Golden Outback.

Wildflowers of the Golden Outback

Western Australia is renowned for its wonderful array of flora with over 12,000 species. Learn more about the types of flora you'll encounter this wildflower season

The Royal Hakea (Hakea victoria) is unique to Western Australia and found along the southern coastal areas like Hopetoun and Ravensthorpe. Grady Brand, horticulturalist from Kings Park explain more.

The red kangaroo paw can be found across WA, especially in coastal areas like Esperance. Grady Brand, horticulturalist from Kings Park explain more.

The Qualup Bell can be found in the Fitzgerald River National Park, near Hopetoun. Grady Brand, horticulturalist from Kings Park explain more.

Have you ever heard of a poverty bush? Do you know where it gets its name? Grady Brand, horticulturalist from Kings Park explain its origins for us.

The bizarre looking Black and Green Kangaroo Paw can be found throughout the Wheatbelt area of Western Australia. Grady Brand, horticulturalist from Kings Park explain more.

Grevillea excelsior, commonly known as flame grevillea, is unique to Western Australia. Keep your eyes peeled for these stunning beauties as you travel around the Golden Outback.

The Bell fruited mallee can be found in the southern part of Western Australia, and around Esperance and the Fitzgerald Coast. Grady Brand, horticulturalist from Kings Park explains more.

Red and Green Kangaroo Paws can be found along the coastline and forest regions from Perth and the south-west region of Western Australia. Grady Brand, horticulturalist from Kings Park explain more.

The beautiful Ashby's Banksia and Thryptomene are found in the northern part of Western Australia, along the coastline and dunes of Australia's Coral Coast.

The Large flowered Guichenotia can be found throughout the Wheatbelt area of Western Australia. Hear more from Grady Brand, horticulturalist from Kings Park.

The wildflower are here!

The wildflower are here!

The wildflowers are in bloom in Australia's Golden Outback! Hit the road and explore today!

Now that we can wander out yonder in Western Australia isn't it time that you came and visited us here in Morawa? We are anticipating a good show of flowers in the coming weeks.

Watch video
Learn more about the wildflowers of the Golden Outback

Experience the raw natural beauty, discover a rich pioneering history and enjoy the slower pace of life that Western Australia's Wildflower Country has to offer.

Follow the video links below and discover the amazing attractions of Western Australia's Wildflower Country.

Exploring Wildflower Country is a true country experience just hours from Perth and home to one of the most diverse and colourful range of plants in the world.

A road trip in Wildflower Country

A road trip in Wildflower Country

Wildflower season in WA's Wildflower Country showcases an amazing display of colours throughout the region. Experience the raw natural beauty and its rich pioneering history.

Smack bang in the middle of wheat country it is this pretty little town, just 2.5hrs out of Perth which has a side hustle guiding thousands of wildflower lovers who flock here from August to October.